Some people believe that wealthier people don’t work hard for their money and are simply lazy. It is quite the opposite, in fact. Below are the top 10 richest people in the world In 2018. These are people who have worked long, hard hours, coming up with new ideas and figuring out new technologies.

They had revolutionary approaches when it came to doing business. Some of them are true inspirations for those who are seeking not only money but a meaningful and influential life. But there are others who get wrapped up in the fame and fortune and leave behind a legacy with a lot more baggage than others. 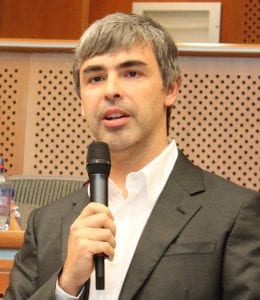 Page is the face and CEO of Alphabet, parent company to technology giants Google. Specializing in subsidiary healthcare division, Calico. Page co-founded Google in 1998 with another Stanford Ph.D. student, Sergey Brin. Brian invited Google’s PageRank algorithm, a pioneer search engine technology. Defining a new era of search engine’s, that we all know today. Page was Google’s first CEO until 2001, then serving president of products he took the lead again for google, accepting the CEO job again in 2011. As of 2019 Page was worth an estimated $55.6 billion dollars. 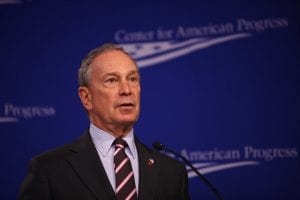 Bloomberg has a net worth of $54.2 billion. Embarking on his journey in 1981, co-founding financial information and media company Bloomberg. Owning 88% of the business, which has a staggering net worth of $9 billion. Bloomberg put in the core funding for his company’s start up, after working in Wall Street since 1966, with an entry level job at the investment bank Salomon Brother. Later being fired 15 years later. Bloomberg has donated more than $5billion to prevent any further climate change, gun control and many other charity causes. He plans to spend over $500 million to defeat Trump in the 2020 elections. 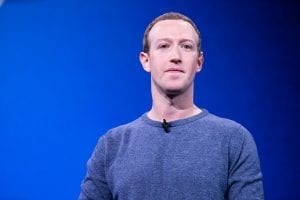 Mark Zuckerberg is the CEO of Facebook, in 2004, at the age of 19, Zuckerberg created the social media giant, as a way of students to match names with faces in class. There was a lot of criticism involving his start up, as a fellow student from another university had the same idea. Zuckerberg’s social media version blew up and was inevitably fined millions of dollars in legal fees by the rival students. Since Facebook has been created, there has been a lot of controversy over fake news and abuse over social media, so Zuckerberg announces his priority to tackle these issues by the end of 2019. Certainly helping to re-gain popularity after sharing users’ data, with political consulting Cambridge Analytica. Zuckerberg will owns about 15% in stock shares for facebook, accumulating a net worth of $89 billion, pledging to give 99% of his Facebook stake over his lifetime. 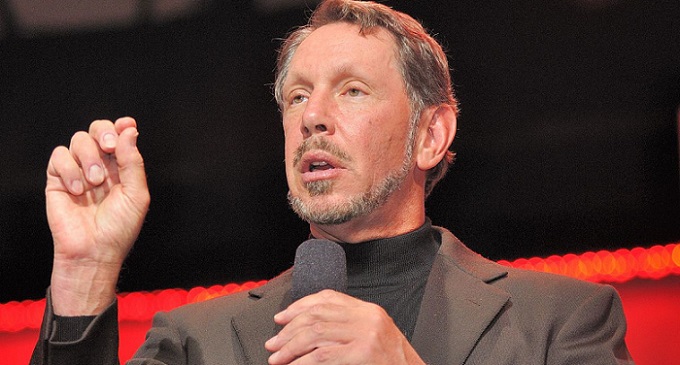 Larry Ellison is the CEO and founder of Oracle. His estimated net worth is 61.9 billion dollars. Oracle is a popular and well-known company all over the world for the database and computing application based products. Despite stepping down in 2014 from this position as CEO, he still stands as an influential man in the company.

Larry loves sports cars, owns military and private jets and enjoys yachting in his spare time. It has been noted that in his lifetime, Ellison has given away over $808 million to various charities. 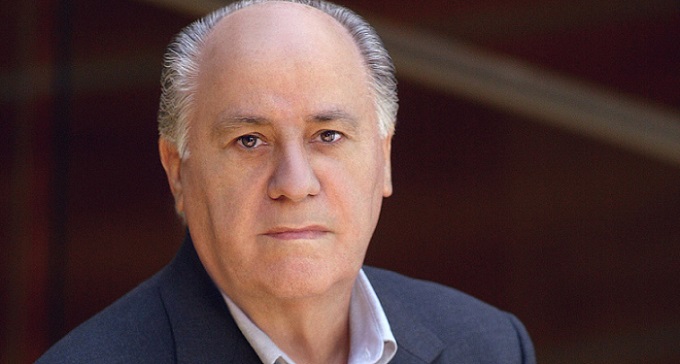 Amancio Ortega resides in Lo Coruña, Spain and has a net worth of 84.2 billion dollars. Amancio grew up as the son of a railway worker and grew up working as a shirt maker for a small store. He then started his own handmade business, Confecciones Goa, hiring women to make quilted bathrobes by hand.

His business took a turn for the better and Amancio opened up his store Zara, which he founded in 1975. He is the executive chairman of this well-known company. Amancio, who easily made our top 10 richest people in the world list, is a hardworking individual and continues to work even harder as he gets older.

Carlos Slim Helú currently lives in Mexico City, Mexico and has a net worth of 50.7 billion dollars. He is the CEO of Telmex and the Honorary Chairman of América Móvil. Growing up, Carlos knew he wanted to be involved in business when he was older. So his dad taught him from a young age several business aspects such as account management, how to keep track of financials, literacy, etc.

He invested at age 11 in a government savings bond, and by 12 he purchased his first stock! Known as the “Warren Buffet of Mexico,” Carlos Slim Helú certainly lives up to his nickname, which is why we included him in our top 10 richest people list. 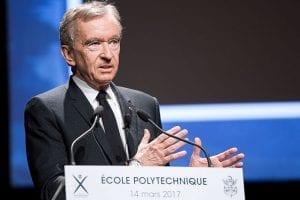 Arnault sits as the chairman for an empire of over 70 brands, including Louis Vuitton and Sephora. In 2018, LVMH posted record sales from luxury goods rocketing Arnult into a net worth of $100.5 billion. His father made the foundation of their fortune through construction, later using $15 million from that business to buy Christian Dior in 1985. In 2019, Arnult and LVMH donated a massive $220m to help repair the Notre Dame cathedral, following the devastating fire in Paris. 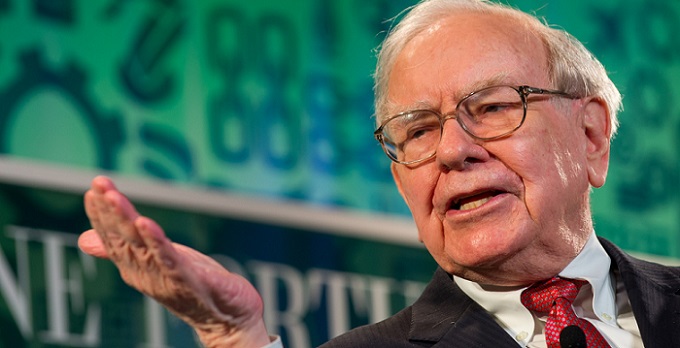 Warren Buffett resides in the United States and is the CEO of Berkshire Hathaway. He is worth an estimated 73.8 billion dollars. Buffett has many passions, including politics and the ukulele. But one of his bigger passions is giving back to the society.

In the summer of 2017, he gave away $2.8 billion from Berkshire Hathaway’s stock to five of his regular charity contributions. Needless to say, Warren enjoys donating and supporting good causes and is on the road to helping decrease the amount of poverty. 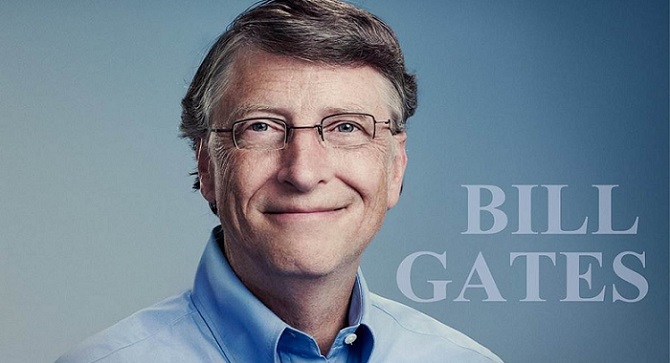 Bill Gates is not your typical rich man, dropping out of Harvard University with no determined major. He is the Cofounder of Bill and Melinda Gates Foundation and the Microsoft Corporation. Gates is worth an estimated 90.2 billion dollars. Bill Gates started Microsoft with a vision of seeing computers in every home across the globe, and now his dreams are coming true! His foundation has given not millions, but billions of dollars to numerous charities. 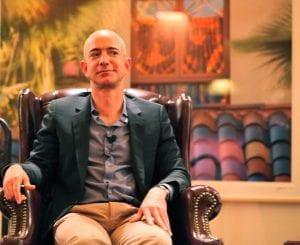 Jeff Bezos is the richest man in the world as of 2019. He created his vast fortune through e-commerce giant Amazon, which created a total revenue of $230 billion. With a record breaking $10 billion in net profits. Up $3 billion from the previous year. In February, Amazon announced plans for a second headquarters in Long Island City, New York but was cancelled due to lawmakers opposing the plans. Bezos also ventured into Blue Origin, a company developing a rocket for commercial use. He also owns the The Washington Post, resulting in his success of becoming the richest person on the planet.

Q&A on How Rich People Think and Live

Q: How Do Rich People Think?

Q: How Do Rich People Manage Their Money?

A: Of course having thousands to millions of dollars in your bank account could be overwhelming and even the temptation of spending can affect an individual. Having certain ways of managing your money is important to a personals financial success. Understanding the difference between wants and needs should always be considered.

A: In the United States the tax system is backward. With the poor paying more in taxes and the rich paying less. CNBC reported the following news:

Q: How Do People Become Rich?

A: There are many tips and tricks to becoming rich. Of course, you can win the lottery or become a professional athlete, but there are other ways of growing your own financial growth. Never carry credit card balances; this is important because carrying a high-interest debt is one of the biggest threats.

It’s important to live modestly, almost as if you were poor. It’s ok to not have the most expensive clothes and cars. The key is not spending money you don’t have.

We hope you enjoyed our article with the list of the top 10 richest people in the world In 2018. They can be a true inspiration for most people who dream of becoming wealthy and achieving their financial freedom. Still, there are many aspects to consider when striving to get rich: working hard yet in a smart way is important.