Both Bollywood and Hollywood are glamorous worlds of entertainment. They characterize many beautiful and remarkable actors and actresses. Recently, female celebrities have come up with revolutionary ideas and changes in the industry of entertainment. They are becoming more prominent in one of the toughest man’s worlds. Today, they are competing favorably against their male counterparts.

Below is a list of the top ten actresses with the highest net worth in the world. We will take a look at how they are viewed for their fantastic personalities, talents, and abilities to change the entertainment world. That’s because the richest actresses in the world are also gaining influence through which they can shape the mindsets around them. 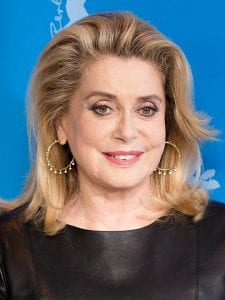 Catherine Deneuve is a critically acclaimed actress, who gained a reputation in the early 1960s through the musical Les Parapluies de Cherbourg. Deneuve showcased an act of brilliance, which leads onto mysterious beauty roles in 1960’s films like; Repulsion and Belle de jour. In 1965, Deneuve was invited to appear nude in Playboy magazine, after being crowned the most elegant woman in the world.

In 1993, she was nominated for an Academy Award for her role in the cult classic, Indochine. Becoming a powerful influence throughout the entertainment industry for a long while. Deneuve has been a charity politician and is fluent in French, English, Italian and German. 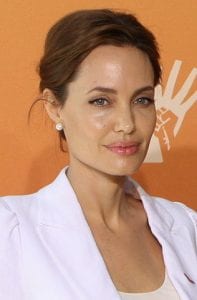 Angelina Jolie is a top-class Hollywood actress. Her dazzling acting performance blended with other talents such as singing, has won her various awards, such as the Oscars Awards. She has been featured in various performances, but the Lara Croft series has been one of her most successful appearances.

She is also known for her warm heart due to her passion for international social cases. Angelina also donated to and supported several charities. The Hollywood actress is worth $100 million. 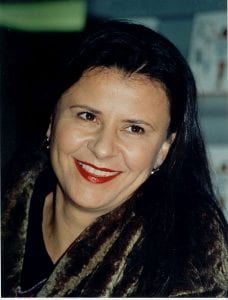 Tracy Ullman has acquired an enormous net worth of over $115 million, through onstage performances as an actress, singer, dancer, author, director, and screenwriter. She was born in Berkshire, England in December 1959 and started finding jobs to become a dancer when she was 16. Soon to be scouted by the Second Generation dance troupe, where she performed GiGi in Berlin. Later appearing in West End musicals, Grease, and The Rocky Horror show.

Her debut on TV came from British sketch shows, Three of a Kind and A Kick Up the Eighties. Later moving to the United States, starring in her very own show, The Tracey Ulman show from 1987 to 1990. Throughout her career she won countless awards from Emmy Awards for Outstanding Variety for music of comedy performance, receiving a Life Achievement Award in 2009. 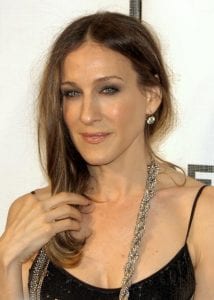 Sarah Jessica Parker, the ultra-sexy fashion diva, requires no introduction. She is one fabulous celebrity! The actress has not only been featured in multiple movies, but she has also starred in television series, her best being Sex and the City.

Every actress is famed for stunning beauty, and Sarah does not disappoint. Her outstanding personality and glamorous performance on screens have earned her fame and wealth. She is worth $150 million. 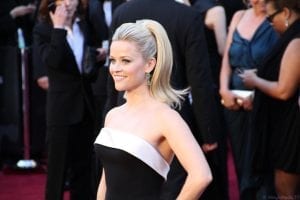 Reese Witherspoon is one of Hollywood’s most beautiful actresses. She has provided her fans with numerous blockbuster movies. Her flair and natural beauty led to a point where each and every film earns her an enormous sum of money.

Apart from acting, she has modeled in the past for various fashion brands as well as high-end magazines. Between her acting and her modeling gigs, she has become quite a successful woman. She is worth about $150 million. 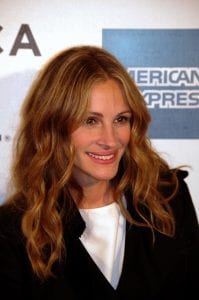 Julia Roberts will always be remembered as not only popular but also as a successful Hollywood actress. She has starred in impressive films that have created good income for her, including Mystic Pizza and Satisfaction.

Julia got an Oscar nomination and emerged as a winner of the People’s Choice award for the Favorite Actress, among other awards. Her net worth is around $200 million which makes her one of the richest actresses in the world. 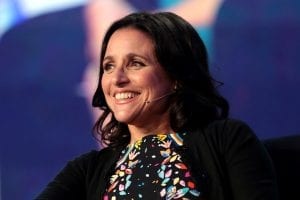 Julia Louis Dreyfus started her career at the age of 21, when she landed a spot on the cast of Saturday Night Live, staying in the show for over three years. A few years later, she was granted her big break. Generating most of her popularity for playing the role of Elaine Benes, on the critically acclaimed sitcom, Seinfeld. She played the role for nine seasons between 1989 and 1998.

Born in New York on January 13, 1961. Julia was the eldest born daughter, into an extremely wealthy family. Julia’s great grandfather, Leopolde Louis-Dreyfus, founded the international shipping company Louis-Dreyfus Group, in 1851. Generations later, Julia’s father, Gerard Louis-Dreyfus, has an estimated worth of over $4 billion.

Her most recent show Veep, which ran from 2012 – 2019, generated Julia an enormous $500 thousand per episode in the last season, becoming one of the most popular comedies on HBO. 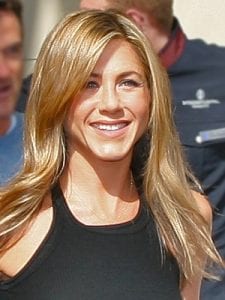 Jennifer Aniston is one of the most beautiful television personalities and actresses. Her acting in the worldwide known television series Friends is what rose her to the fame she has today.

Her outstanding and remarkable performance has yielded her a variety of awards. Jennifer Aniston’s top movies include Just Go with It, We are the Millers, Horrible Bosses, and many others. Jennifer has secured the first slot in the top ten richest actresses in the world. Her net worth is around $240 million. 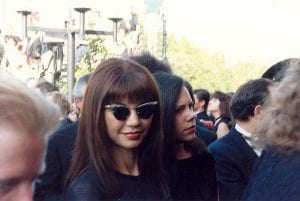 Victoria is an American actress who grew up in a military family in Fukuoka, Japan but moved around a great deal throughout her school years. She attended 17 different schools in total, from London, Florida to Puerto Rico. As a child, she began acting in commercials and moved to Los Angeles in 1970 to pursue her dream. Later landing a role in a John Huston Movie called, The Life and Times of Judge Roy Bean. After substantial commercial and critical success, the young actress was nominated for a Golden Globe for Most Promising Newcomer.

In 1977 she appeared in the pilot episode of Aaron Spelling’s, Fantasy Land, which led on to the role that defined her success, Pamela Barnes Ewing, on Dallas. She appeared in 251 episodes and became the best-selling author to-date in the beauty, advice and living genres. Her outstanding entrepreneurship lead her to invest in real estate, owning homes in Beverly Hills, Malibu, and Big Sur, creating a mini empire over her 30-year career. She has generated more than $1.5 billion in revenue. Furthermore, outside of her acting career, Victoria is an active philanthropist, donating millions of dollars to a wide variety of charities. 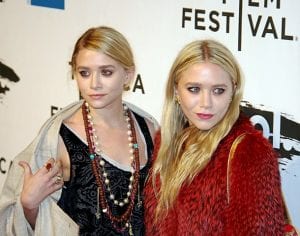 The beloved “Olsen twins” have a combined net worth estimated over $400. The twins started their careers at the age of nine months, in TV sitcom Full House from 1987 – 1995. In 1993, the twins founded Dualstar Entertainment, producing several successful series like The Adventures of Mary-Kate and Ashley and You’re invited to Mary-Kate and Ashley’s… series. Years later, in 2006, they created the premium clothing brand The Row, which advertises timeless ready-to-wear handbags and accessories, sold at Barney’s and other high-end retailers. Part of their wealth was accumulated through brand licensing. The twins marketed their image through many products, including books, posters, school supplies, and apparel, sold exclusively at North American Wal-Mart stores.

Now in 2019, the Olsen Twins net worth is a staggering £400 Million dollars, placing them 1st in our list of the Top 10 Richest Actresses In The World.

The above list shows the actresses who have worked their way to fame, respect, recognition, and above all, wealth. Some have gone an extra step further to give back to the society by offering a helping hand to the less fortunate. Either way, we can learn a lot from these women’s hard work.