Korea is very much a beauty-oriented country. To get famous and become an idol, one will have to invest not only in honing their skills but also in their physical beauty as well.  That may be the reason why the majority of their idols and stars have an amazingly attractive appearance. Some good examples that reflect this reality are the famous Korean KPOP girl groups. It is undeniable that most of them managed to attract large fan communities through the way they look. Nonetheless, there are still many other factors that would decide their popularity, such as vocals and band talent. Below are some of the more recent and popular KPOP girl groups of 2019, listed in no specific order.

Black pink has reached number one on our Top 10 Most Popular KPOP Girl group of 2019. The stylized group debuted on August 8, 2016, with their single Square One, which Spurred on their first number-one hit, Whistle. Later with Boombayah, their first number hit on Billboard’s World Digital Song Charts. The band consists of members, Jisoo, Lisa, Jennie and Rosé, four beautiful young South Korean girls. Y.G. Entertainment formed the group. 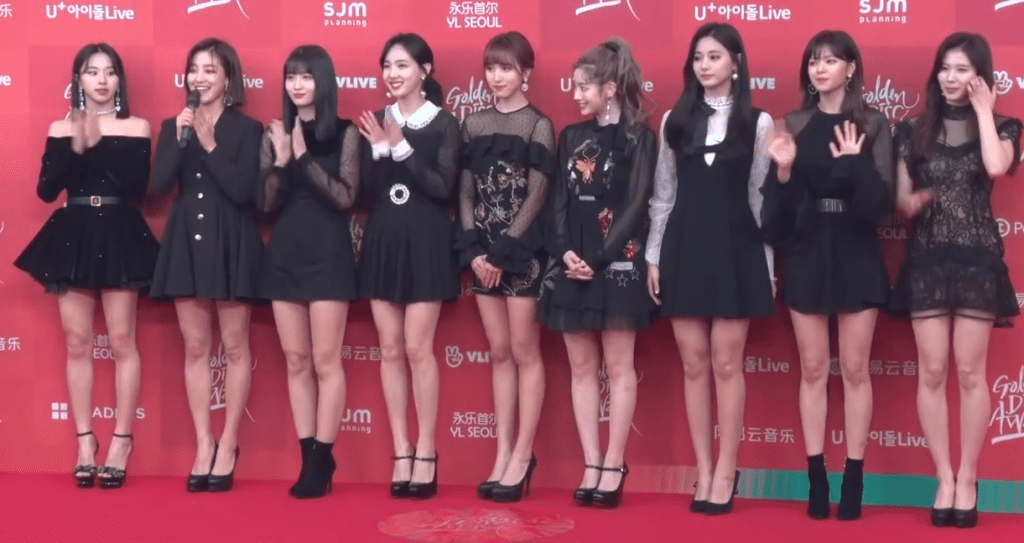 Twice is a girl group formed in 2015, by JYP Entertainment. The group was composed of nine members: Nayeon, Jeongyeon, Momo, Sana, Jihyo, Mina, Dahyun, Chaeyoung, and Tzuyu through the reality show Sixteen. The debut album’s release was on October 20, 2015, but it wasn’t until 2016 when they rose to fame with Cheer up, a song that reached number 1 on the Gaon Digital Charts. The girl band has a huge following, aiding them on their way to success on the KPOP industry. In 201, they were signed to Warner Music Japan, releasing their first compilation album titled, Twice, reaching number 2 on the Oricon Albums Chart. 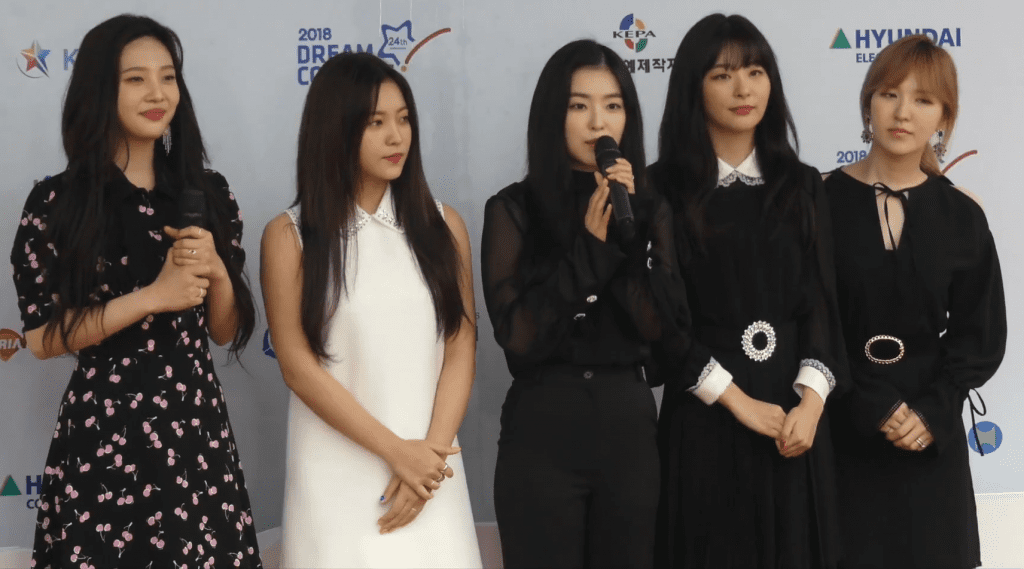 Red Velvet, comprised of four members: Irene, Seulgi, Wendy, and Joy, debuted on August 1, 2014, with their digital release Happiness. Formed by S.M. Entertainment, they decided to add the newest member Yeri, in 2015. Where they went on to make various hits like Ice Cream, Dumb Dumb, and Russian Roulette, all reaching top five on the Geon Digital Chats. The group is well known for their bright on-stage appearances in red velvet attire, often being dubbed as a Duel Concept.

(G)I-DLE is formed by Cube Entertainment in 2018 and is one of the newest established bands to reach the Top 10 list. The group consists of six members: Miyeon, Minnie, Soyeon, Yuqi, Shuhua, and Soojin. The group Debuted on May 2, 2018, with their first single I Am. The group members compile the winners from rap competition Unpretty Rapstar. Their unique twist of hip-hop brings a sense of reality to the KPOP scene, landing them 4th on our Top 10 List.

EVERGLOW is the latest girl group to be released on the KPOP scene, debuting on March 18, 2019, with the album, Arrival of Everglow, reaching number six on the Geon Digital Chats. The group consists of six members, Sihyeon, Mia, Onda, Yiren, Aisha, and E:U. Everglow is renowned for their energetic stage performances and amazing singing talent. Their beauty is famous throughout the music industry, gaining massive popularity throughout Japan and in 2019 were nominated for four industry awards. 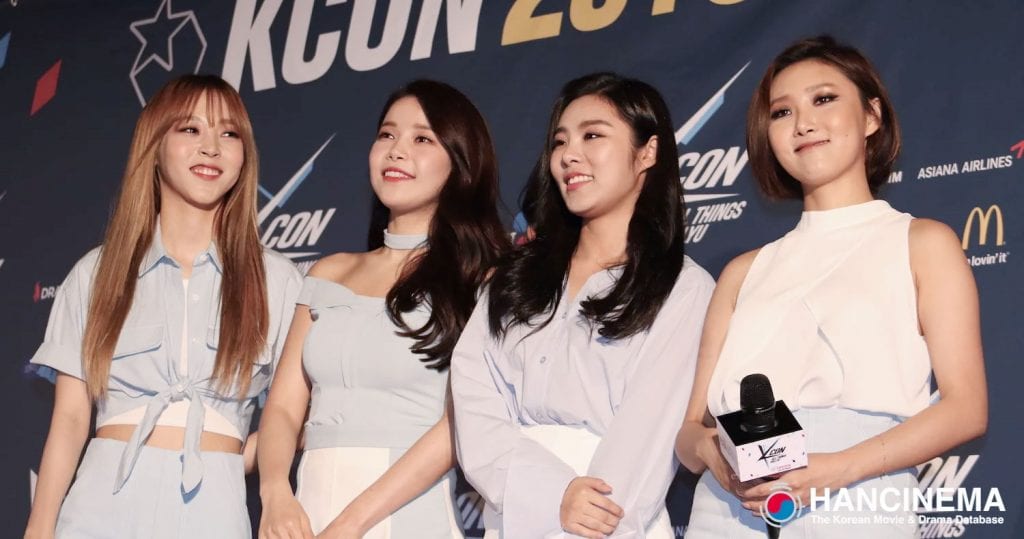 Mamamoo was formed by RBW Entertainment in 2014 and are a South Korean girl group, officially debuting on June 19, 2014, with the single Mr. Ambiguous. Mamamoo, recognized for their retro R&B, Jazz concepts, and strong vocal harmonies. Critics considered the group as one of the best K-POP acts in 2014. Since then, the group has redesigned themselves producing many beautiful ballads. 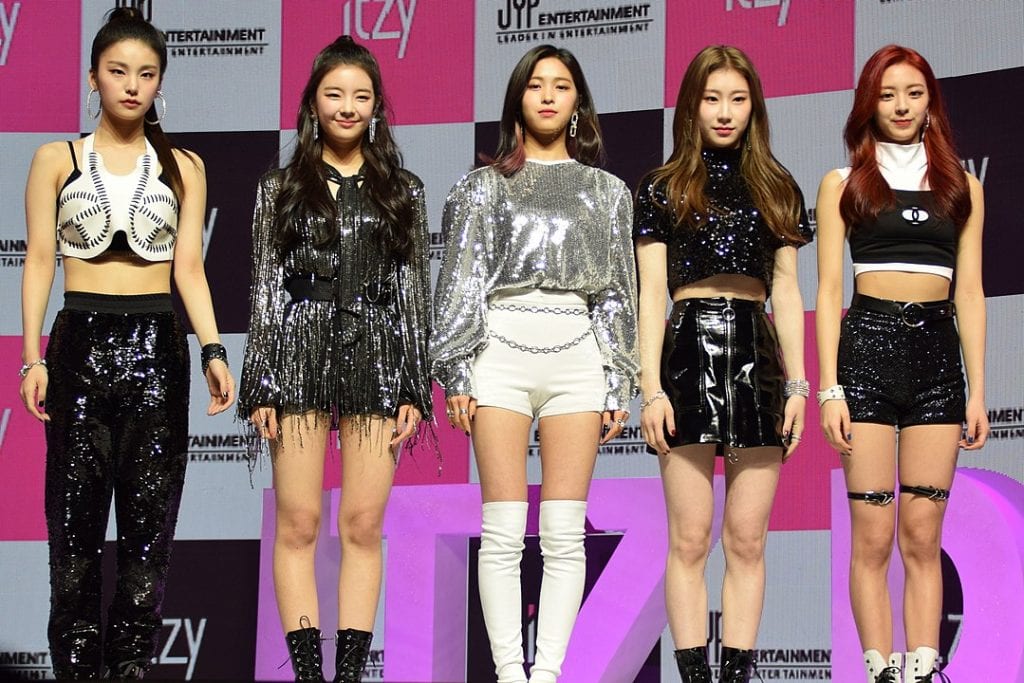 ITZY is a South Korean girl group, consisting of five members: Ryujin, Yuna, Yeji, and Chaeryeong. The group was founded by JYP Entertainment, debuting on February 12, 2019, with It’z Different. Being one of the most recent recruits to the K-POP music scene, the group have massive influences from EDM, as well as Techno and Future House. The group has gained a huge following on Youtube, with Billboard confirming that Dalla Dalla, broke the record for the most viewed K-POP debut music video in 24 hours, with over 100 million views.

IZ*One is a South Korean-Japanese girl group, comprised of 12 members. The members, all scouted through the Mnet reality show Produce 48. This reality show is a competition where twelve wanna music stars go through various music tasks and then judged by a live audience. The show allows the audience to vote for their favorite performances, the girl with the fewest votes has to leave. The harsh game show has now formed the super girl group as we know today. IZ*One’s members include Jang Won-young, Jo Yu-ri, Sakura Miyawaki, Choi Ye-na, Ahn Yu-jin, Kwon Eun-bi, Nako Yabuki, Kang Hye-won Hitomi Honda, Kim Chae-won Lee Chae-yeon and Kim Min-joo. They released their debut single on October 29, 2018, along with their first album Color*IZ, peaking at number 2 on the Geon Digital Chats.

GFriend was created by Source Music, in 2015. GFriend made their debut E.P. Season of Glass on January 15, 2015, winning Best New Female Artist at the Melon Music Awards. The South Korean girl group, formed of six members, Sowon, Yerin, SinB, Umji, and Yuju. In 2016 they got their big break with the release of Snowflake, and later Rough, which won many music awards shows. Then in 2016, they released their album LOL, making an official entry into the Japanese charts, releasing their second album Time For Us (2018).

CLC, short for CrystaL Clear, is a South Korean girl group formed in 2015, by Cube Entertainment. The group originally started with five members, Yujin, Sorn, Yeeun, Seungyeon, Seunghee, but in February 2016, two more girls Elkie and Eubin, were added, They initial release came on March 19, 2015, with their debut song First Love. The group divulged into the world of Japanese music, releasing two Japanese-language singles in 2016. Before the first release, the group was renowned for their fantastic street performances, which raised vast amounts of money for children with disabilities.

Popular Korean KPOP girl groups managed to build a bridge between amazing talents in the music world and femininity. If you want to discover new voices of soothing tunes and find models with Millennial lifestyle, then you can check out these 10 bands. Check out other facts in the music industry to broaden your body of knowledge in this area.