Hollywood is the center of the entertainment to the world. A lot of time and effort goes in to creating these masterpieces, so it is important for producers to cast their film well. The best Hollywood actresses, actors, and directors strive for glamorous appearances on screen ,and always put in a lot of effort into maintaining a perfect picture. Hollywood shows no signs of shutting down and these brilliant actors, soon to continue and flourish across the entertainment industry throughout 2019.

Below, we listed the top 15 most popular Hollywood actors in 2019. These actors are famous across the globe because of their strong work ethic and amazing talent. 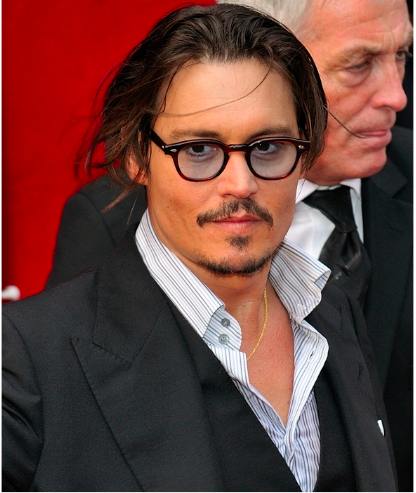 Johnny Depp was born in Kentucky and has been a public favourite for decades. Gaining stardom in the 1990s, through roles in Edward Scissor Hands (1990) and Sleepy Hollow (1999), the star really showed the world what he was capable of. Depp then went the extra mile when he was asked to walk the plank in the epic adventure film, Pirates of the Caribbean (2003). Following this he went on to take the role of Willy Wonka in Charlie and the Chocolate Factory (2005) and later the Mad Hatter in Alice in Wonderland (2010), playing all weird and wonderful characters really aided him in captivating the audiences hearts. 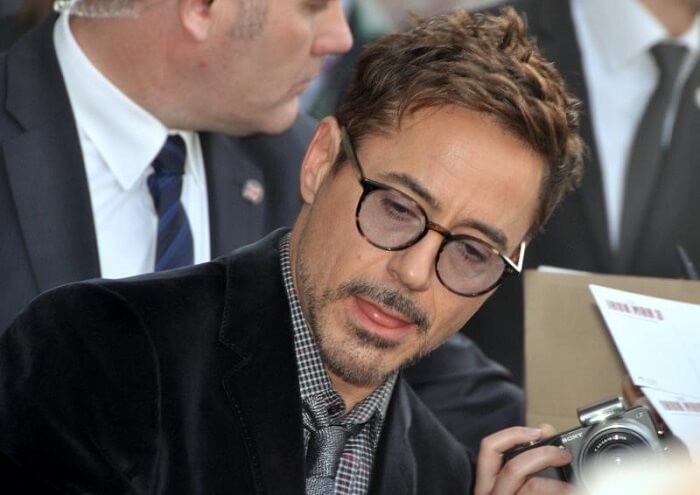 Robert Downey Jr. is an American actor born in Manhattan, New York. Overcoming past troubles and a hard childhood, Downey Jr. has become one of the top 10 most popular Hollywood actors of 2019 and his latest feature film, Avengers End Game (2019) grossed over $2 billion dollars.

Once he accepted the role of Tony Stark, a multi-billionaire genius who created the Iron Man, Robert Downey Jr. managed to climb out of his bad reputation.  On top of that, his personal charm brought to life once more the famous detective Sherlock Holmes in the Sherlock Holmes movies. 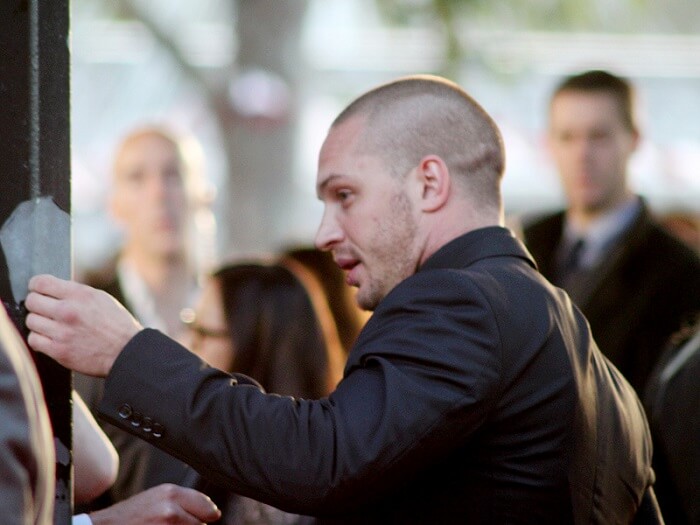 Tom Hardy is an English actor and producer. He was born in Hammersmith, London to a family of artists and Irish descent. His career kicked off when he became a model for a short period of time. Hardy is well known for his impressive hard work in movies and ruthless roles in such films as Mad Max: Fury Road, Inception, The Dark Knight Rises, and The Revenant. He then accepted the role of a hardened criminal in the iconic BBC1 drama, Peaky Blinders, which has new season appearing in August 2019. Jamie Dornan is an Irish actor, model, and musician. Born in 1982, Dornan grew up in the rugby world as well as the drama world. He dropped out of college and moved to London to begin his acting career. Jamie is known for his roles in 50 Shades of Grey and the ABC film series Once Upon A Time. Ashton Kutcher is a well known American actor, model, producer, and investor. He started out in his career as a model and had his breakthrough acting gig on the television show That 70s Show. Thanks to this show, he took a spot on our list of top 10 most popular Hollywood actors. The show aired for eight seasons and Ashton played the main character, Micheal Kelso. He has played in many famous movies since then, including Cheaper by the Dozen, The Butterfly Effect, Valentine’s Day, and Jobs. 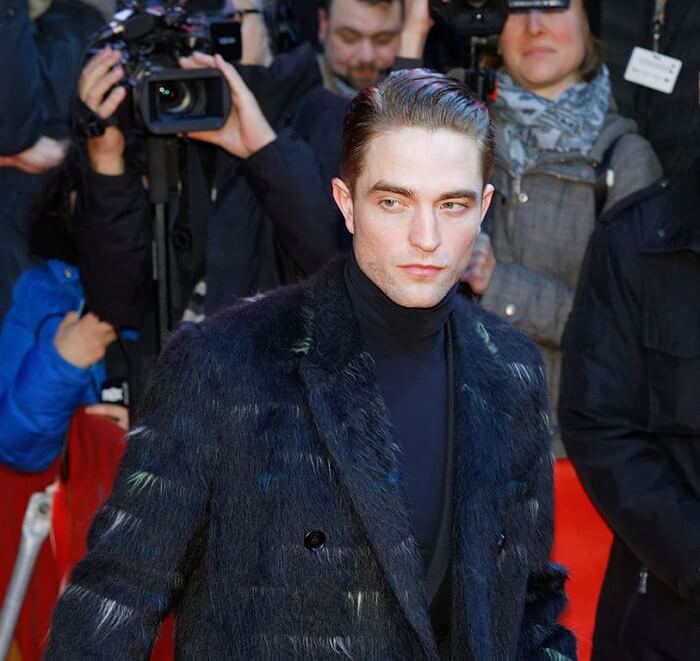 Robert Pattinson is an English actor, model, musician, and producer. He started his acting career playing in the well-known movie series, Harry Potter. Due to his stunning presence, Robert Pattinson has always received good parts in hit movies at Hollywood. The Twilight (2008) saga, led to Roberts breakthrough and many named him an icon among teen girls. In 2008 and 2009, Robert received the designation of the Sexiest Man Alive from People Magazine, Glamour UK, and AskMen.

Recently in 2019, Patterson has been announced to be the star in Batman (2021), with links to him taking on Ben Affleck’s role of loved vigilante for a while, warner Bros finally seal the deal reporting Robert Patterson to be main protagonist in Matt Reeves’ film. Gerard Butler is a Scottish actor who has played in many amazing movies throughout his career. He brought to life numerous roles on stage, television shows, and movies. Gerard was born in 1969 and was trained to become a lawyer. However, in the mid-1990s, he turned down such a powerful career in favor of an artistic path.

His first appearance was in the James Bond film Tomorrow Never Dies. As a diverse actor, he has played in many romantic comedies that include P.S. I Love You, The Ugly Truth, and some children comedies including How to Train Your Dragon. 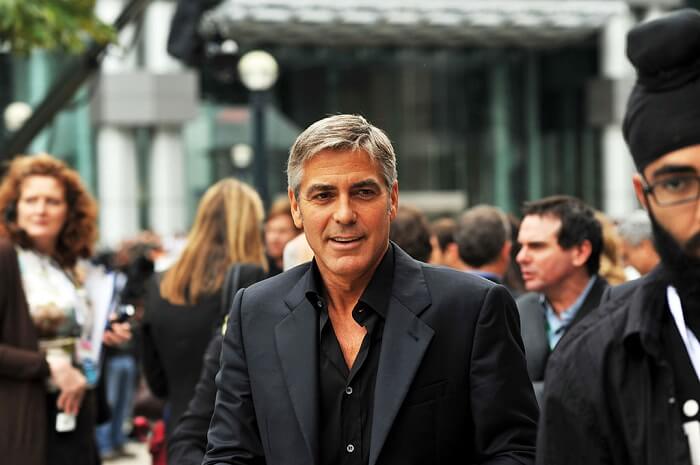 George Clooney is an American actor, screenwriter, producer, and director. Born in 1961, Clooney grew up in Lexington, Kentucky, working several different jobs and trying different career pathways before he became interested in acting. He has starred in many major motion pictures including Gravity, Oceans Eleven, Oceans 12, Oceans 13, and the popular tv show E.R. Zac Efron (Zachary David Alexander Efron) is an American actor and singer. Born in 1987, he began acting professionally in the early 2000’s. He became known as an idol among teens with his role in the Disney Channel movie, High School Musical. Many of his hit films include Hairspray, The Lorax, Bad Neighbours, The Lucky One, Charlie St. Cloud, and 17 Again. Will Smith, born and raised in Philadelphia, started making his name throughout the music industry in the 1980s. His Jazz, funk and soul records became so popular in the early 90s, that NBC asked him to star in his very own TV show, The Fresh Prince of Bel Air. Smith gained a lot of respect through his acting and as his career progressed, he  went on to star in a number of feature films such as Bad Boys (1995), Men In Black (1997), I Am Legend (2007), Bright (2017) and Bright 2 (2019), Netflix’s first original film. This actor grossed $35 million dollars in 2019, making him the 10th highest paid actor of 2019. Dwayne Johnson, also known as ‘The Rock’. Rising to fame in the mid-90s through the iconic Pro Wrestling show, the World Wrestling Federation (WWF). His career then took a huge leap from wrestling and into the world of acting. Hollywood being his new home, he went on to star in a number of successful feature films, The Mummy (1999), Fast and Furious (2001) and most recently, Sony Entertainment’s remake of Jumanji (2017) and Jumanji 3: The Next Level (2019). He is one of the highest ever grossing actors in the world, creating a staggering $10 billion of revenue throughout his films. If this doesn’t impress you, the private life of his instagram account accumulated a huge 155 million followers. The popularity of this star really hits new heights. Bradley Cooper, the star of 2019. Bradley Cooper is an American born actor, who decided to plunge into the role of directing. In 2018 his first feature film was released, A Star Is Born. The feature got 90% on rotten tomatoes and 7.7 on IMDB. It got nominated for the Oscars, Best Motion Picture 2019 and for the Golden Globes, Best Director – Motion Picture 2019. Bradley Cooper earned over $60 million in 2019, placing him 6th in the highest paid actors of 2019. 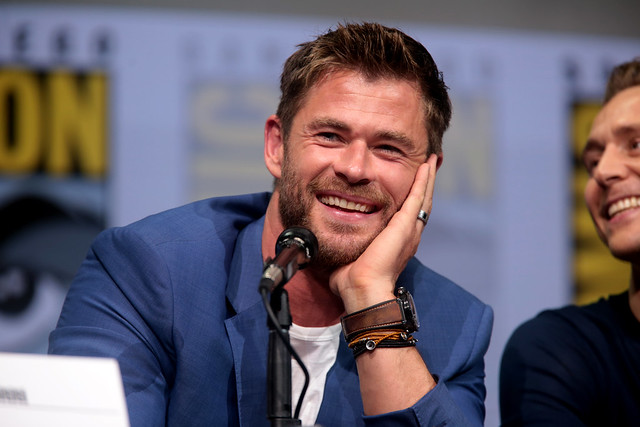 Chris Hemsworth, the rising star of Australian hit sitcom Home and Away, in the mid 00’s. The actor gained a lot of commercial success when he boarded the USS Enterprise, in feature film Star Trek (2009). A few years later, Sony Pictures announced that Hemsworth would star in Thor (2011) and in later the Avengers (2012) franchise, where he was sent to defend Earth from his adopted brother Loki. The films were a critical and commercial success and the latest Avengers End Game (2019), grossed over $2 billion. Leonardo DiCaprio is an American actor and film producer. He began his career appearing in television commercials and has since gained top ratings in the film industry. The public has always promoted DiCaprio as an Oscar winner until he finally made it in 2016 thanks to his performance in The Revenant movie. Due to such great support, DiCaprio is top 10 most popular Hollywood actors.

He has played in hit movies such as Titanic, The Salt, The Great Gatsby, and The Wolf of Wall Street. DiCaprio has received critical acclaim for his work in a wide range of film genres. Leonardo DiCaprio has even opened his own production company named Appian Way Production.

In 2019 Di’caprio was approached by Quentin Tarantino to help produce his 9th film, Once upon a Time in Hollywood (2019). Where he plays a world famous spaghetti western actor Rick Dalton, who witnesses the murder of Sharon Tate, accompanied by his stunt double Cliff Booth (Brad Pitt). Brad Pitt Top is a popular American actor that has received many awards that include the Golden Globe Award, Screen Actors Guide Award, and many Academy Award nominations. Brad Pitt first gained recognition in his role as a cowboy hitch hiker in the movie Telma and Louise. He since then played in many hit films such as Fight Club, Mr. and Mrs. Smith, MoneyBall, The Curious Case of Benjamin Button, and World War Z. Pitt fully supports adoption, as he has three internationally adopted children.

Pitts latest edition to the Hollywood scene is a masterpiece, Once Upon a Time in Hollywood (2019), where he plays a stunt double to Rick Dalton (Leonardo Di’Capro). This is first time working with Tarrantino since his last feature Inglorious Bastards (2009).

This concludes our list of top 10 most popular Hollywood actors. Each of them took part in grand cinematic projects that will go down in history. They managed to create a name for themselves thanks to their skills but also charms. If you think we left any notorious celebrity behind, do let us know in the comments below!