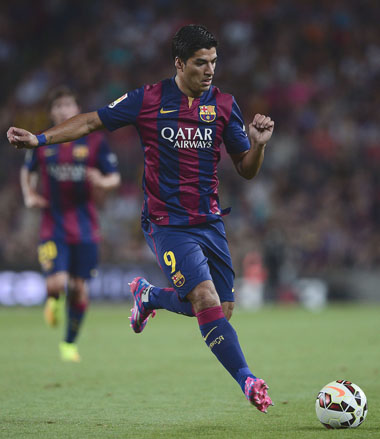 After five years playing for Atletico Madrid, Griezmann announced that he was leaving the club. With Atletico, he played 260 matches and scored 133 goals. Griezmann was also either the scorer or set up 8 of the 14 goals by France that helped win them win the 2018 World Cup.

And let’s not forget his iconic Fortnite victory dance, whenever he scored.

Another long time player making a big move from his team to another, Brazilian native Oscar made the move from Chelsea to Shanghai SIPG in 2017. With Chelsea, Oscar got two Premiere League titles. Now with SIPG, the 27 year old quadrupled his weekly pay and now is making over $25 million annually.

Along with his lone sponsor Adidas making him $2 million, Oscar is now making a total of $29 million per year.

Making a league-high 19 assists and 12 goals, Oscar also helped SIPG win the league in 2018. He sure has a bright future ahead of him. 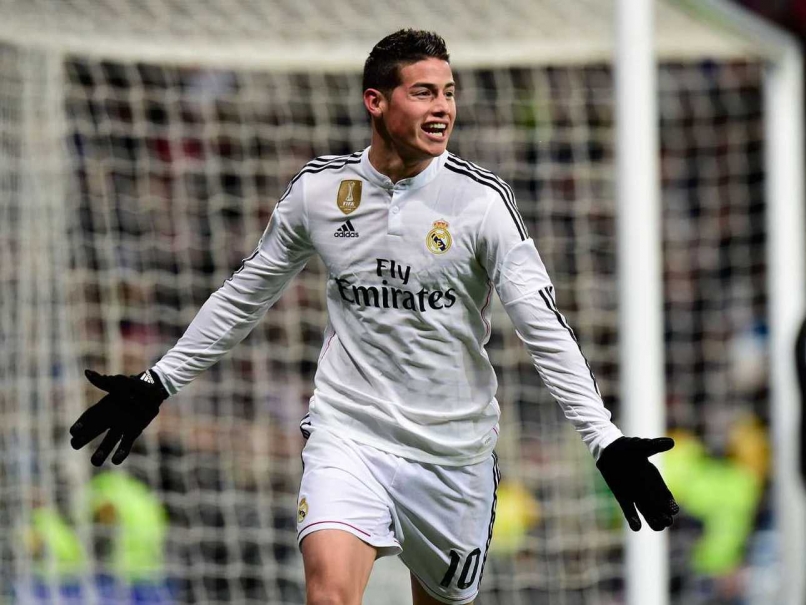 Having signed a contract extension in 2018, Ozil is currently playing for Arsenal, and he’ll be there until 2021. This extended contract also doubles what he was already making, to about $24 million. Couple that with his sponsors, Mercedes, Adidas, and Beats by Dre, and he’s making over $30 million.

But Ozil didn’t let that bring him down, after annoucing that he and his fiancee would celebrate their June 2019 wedding by funding 1,000 life changing surgeries for children in need.

In 2018, Ozil jumped into the world of Esports and founded the M10 team to compete in EA Sports FIFA competitions. This year, he’s making even a bigger leap and starting a Fortnite team. 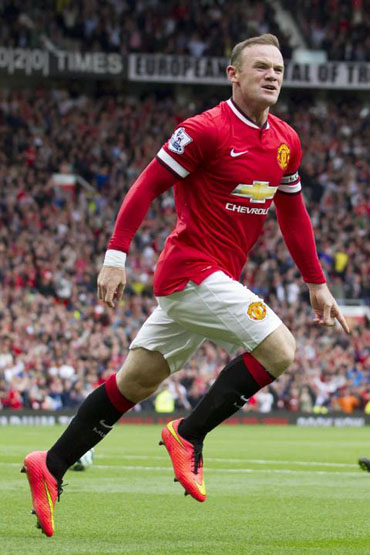 Initially on loan from Monaco, the 20 year old French national is not on a full contract with Paris Saint-Germain until 2020. This is making him over $26 million, including with performance bonuses. Add another $4 million from his sponsors Nike, Hublot, and Good Gout, and he’s making just over $30 million annually.

Hublot also made Mbappe the first ever active global ambassador in 2018, becoming his largest sponsor.

In 2018, Mbappe, 19 at the time, became the youngest French player to score in a World Cup and the second youngest to score in the final. He won the 2018 World Cup Best Young Player award, along with the second highest scorer. Then he went on to win Ligue 1’s 2019 Player of the Year Award.

Mbappe ended up donating his $500,000 World Cup bonus to a charity that helps disabled kids participate in sporting events. 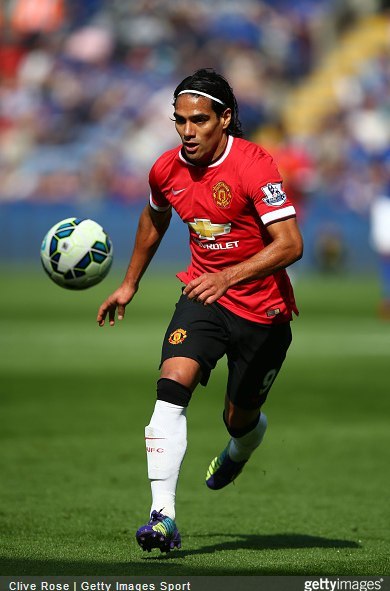 Moving from Arsenal to Manchester United in 2018, Sanchez is making quite a bit of money. MU alone is making him $28.3 million, along with another $2.5 million from his lone sponsor, Nike.

Unfortunately, the Chile native had a rough last season, after dealing with multiple injuries. He only made six goals and five assists in the 37 appearances he had.

However, those struggles also came with a silver lining in the form of a movie. Sanchez starred in the film Mi Amigo Alexis, which released in May of 2019. The movie focused on a young boy from Chile who is deperate to follow in his hero’s footsteps.

The 35 year old Striker moved to Vissel Kobe in Japan after spending 22 years, three of which as Captain, at the Catalan Club. Following the move, Iniesta also ended a 19-year sponsorship with Nike in exchange for a multiyear deal with Japanese brand Asics. All of which makes him a total of over $32 million annually.

Iniesta also has his winery, which began production in 2010. Bodega Iniesta features his Minuto 116, which he named for the minuet in the 2010 World Cup when he made the score that won Spain its first title. However, the profits from his winery are not included in his overall annual earnings. 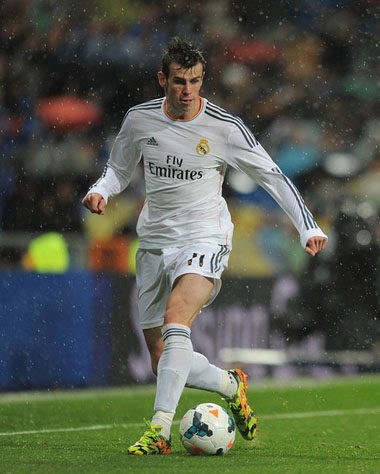 Returning to Manchester United in 2016, Pogba is enjoying his continuing five year contract. This contract pays him over $20 million annually, along with performance bonuses.

The 26 year old French midfielder auctioned off his 2018 winning Adidas sponsored sneakers for over $30,000. He then donated that money to underprivledged high schoolers.

However, Pogba may also be the reason behind the lose of Man U manager Jose Mourinho. This is because Pogba publicly struggled to get along with and especially work under the manager. In December, Man U decided to releive the manager. 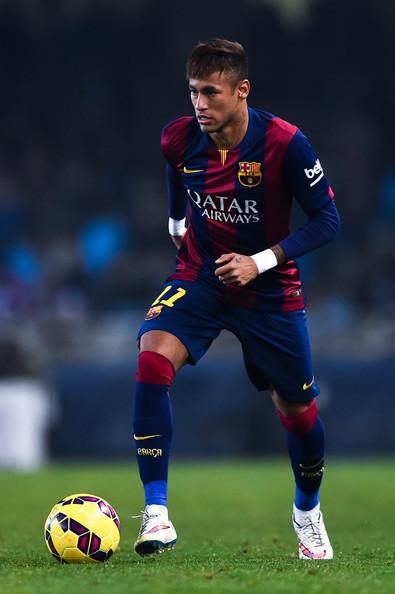 Currently on a five-year contract with Paris Saint-Germain until June 2022, he left Barcelona in 2017. Neymar’s annual salary totals to about $75 million. He is invested in many endorsement deals, including companies such as Nike, Red Bull, EA Sports, Mastercard, Gaga Milano, Gillette, Beats by Dre and DAZN.

With all of these endorsements, Neymar earns approximately $30 million, which then brings his total income to $105 million. However, he carries a lot of baggage with him, including a fine for avoiding taxes between 2011 and 2013, along with a rape claim, though he denies the allegations.

Neymar was also the second most popular athlete on social media and was a trending meme for a time. This was due to his excessive falling and rolling during his games. 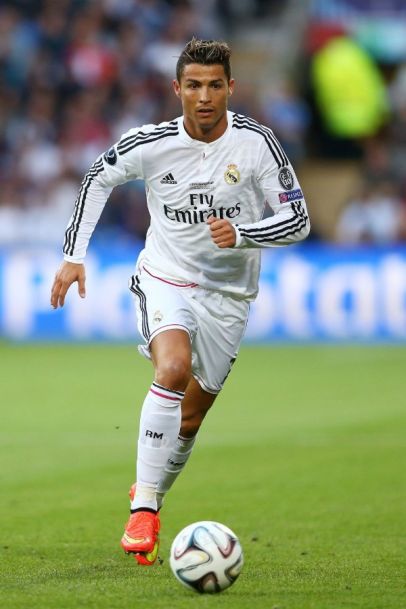 He won the Ballon’D’Or in 2014 after helping his Real Madrid team win the UEFA Champions League. After moving to Italian club Juventus in July 2018, he currently earns $65 million annual salary.

On top of that, he has different endorsement deals with Nike, Herbalife, EA, and Altice, among many others. These endorsements earn him $44 million in a year. His total annual income equals about $109 million. 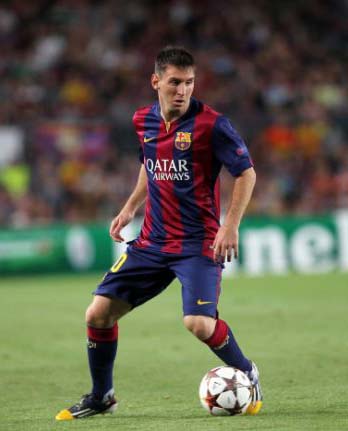 According to some people, he is considered the world’s best player ever. He has broken all records in the history of football in UEFA Champions league, La Liga, the Argentina National Team, and World Cup qualification of the highest number of goals.

He is Barcelona’s highest paid player, with his annual salary adding up to $92 million. Some of his endorsement deals include Adidas, Gatorade, and Mastercard, giving him $35 million. His total annual earnings sum up to $127 million.