Supercars are not known for their cheapness or affordable deal. Many of these cars can only be purchased by people with 7 digit salaries and many are not even available on the market. But for those who cannot afford them, they are still fun to look at! Below are some of the fastest cars in the world today, but specifically, ten of the supercars of today. 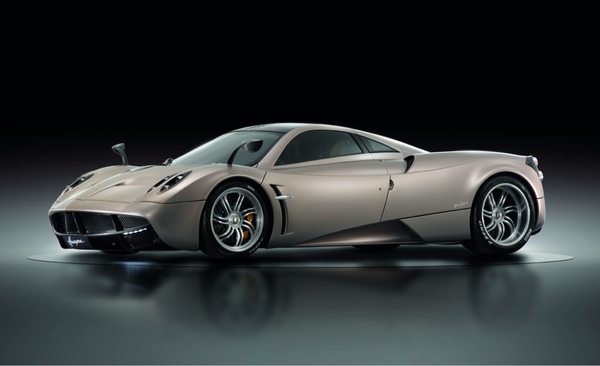 The Pagani Huayra is an Italian super car. This mid-engine sports car is produced by Pagani and has taken the market by storm and made super car enthusiasts thrilled. The amazing design doesn’t take away from the performance of the car. The 6 liter engine with 730 horsepower reaches speeds of up to 231 mph and has an acceleration time of 3.2 seconds. The price tag on this super car is $1.3 million. Nicknamed “God of the Winds”,  the Pagani Huayra doesn’t disappoint its customers. 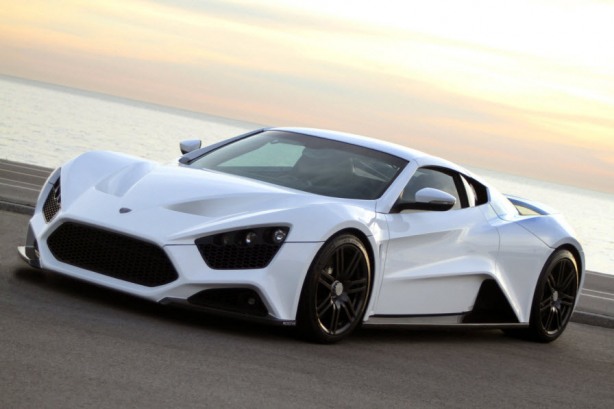 The Zenvo ST 1 is a Danish high performance hypercar. Zenvo created this car with a super, turbocharge 6.8 liter V8 engine. With a max speed of 233 mph, it has the ability to go from 0 to 60 in just 3 seconds. The carbon fiber reduces its weight, enhancing the speed. Worth $1.8 million, this super car has only 15 models in showrooms around the US. 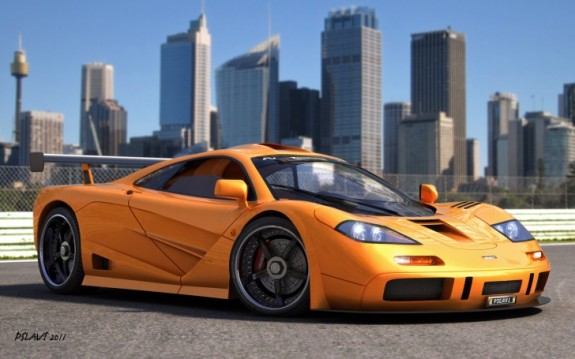 The McLaren F1 combines both interior design and speed with this unique model. The interior has a three seater in the front with the driver seat in the center, and two passengers on both sides. The McLaren F1 can reach speeds of up to 240 mph, equipped with a 6 liter v12 engine for maximum speeds. From 0 to 60 in 3.2 seconds, this car sells for $5.58 million. 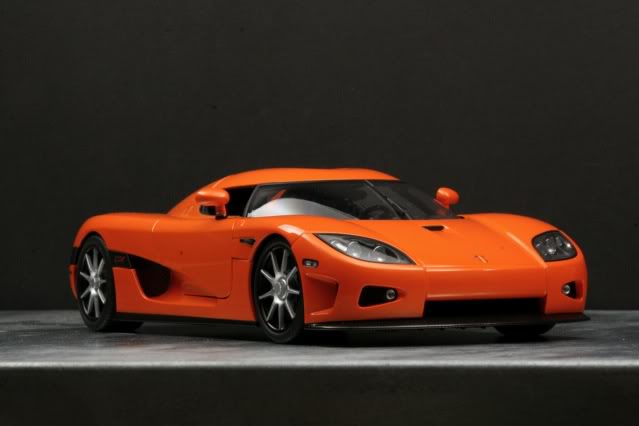 The Koenigsegg CCX is a world class car that is designed for both optimum track and road performance. The performance is oriented by its amazing, aerodynamic enhanced design with both speed and efficiency kept in mind. The V8 engine is made of strictly of aluminum, making it light, therefore enhancing its speed. The engine emissions for this car are listed as some of the safest because its sole focus is speed as well as performance. Listed for $4.8 million, the Koenigsegg CCX can reach speeds of 245 mph. 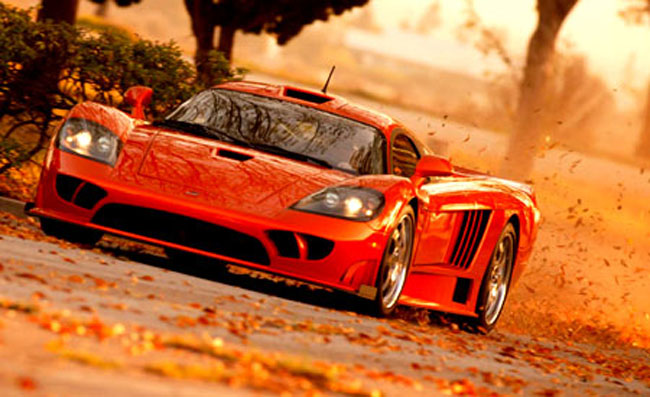 The Saleen S7 Twin-Turbo is a hand built supercar that has a horse power of 750 HP. The car is light due to the carbon fiber and equipped with a twin master cylinder that makes it worthy of racing. The luxury leather and aluminum accents make it not only a race car, but overall a great car in general. With a price of $585,296, it is by far one of the most affordable on the list. The Saleen S7 Twin-Turbo can reach speeds of up to 248 mph. 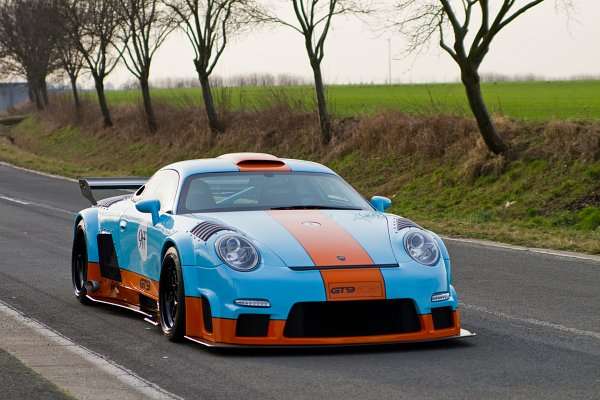 The 9ff GT9-R is far from being an all-around car. This German supercar car is made solely for speed. With a light design, it ensures speed up to 257 mph. With the ability to go from 0 to 60 mph within a 2.9 second, this car holds the fifth spot for its speed. The fast 9ff Gt9-R would please any speed enthusiast for a price of $1 million. 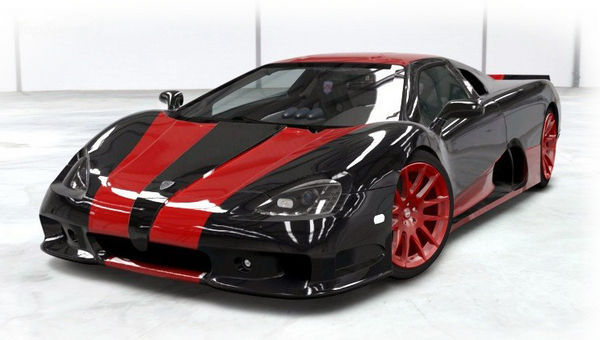 The SSC Ultimate Aero is listed for $1.3 million and runs at top notch speeds. Its design will lead any onlooker to gawk at it’s smooth and sporty exterior. The SSC Ultimate Aero has made the Guinness Book of World Records as one of the fastest supercars in the world until 2010. With max speeds of 256.14 mph, it has a twin-turbocharge V8 engine with a 1237 horsepower engine. 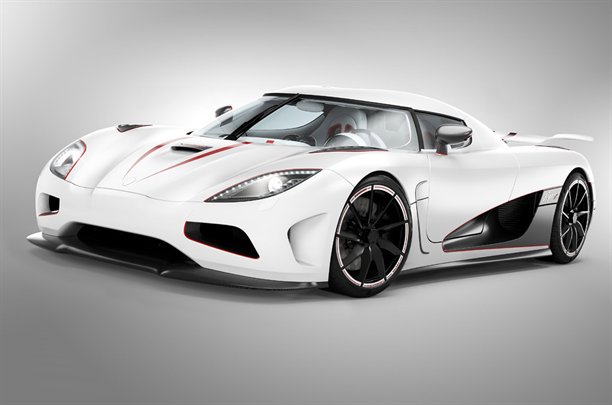 The Koenigsegg Agera R can reach max speeds of 273 mph. This super car is the result of the company Koenigseggs endless drive for perfection, and it boy does it show! With a price tag of $5.3 million, this car stands strong on the list. This supercar features fuel sensor technology that helps ensures your engine is protected. It contains varying fuel quality levels as well as alcohol levels by promptly reducing power to protect your engine. This amazing engine and features are encased in an amazingly designed body which also incorporates aerodynamics. 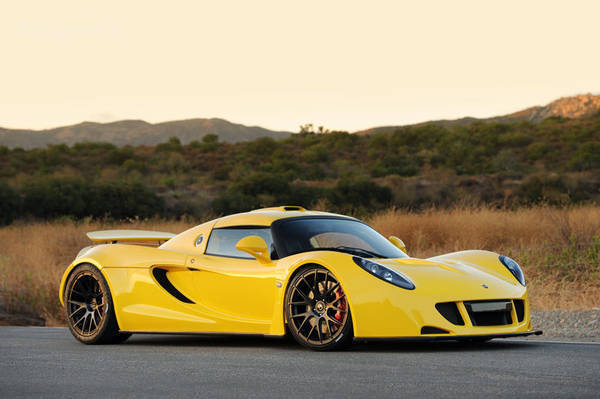 The Hennessey Venom GT has only 29 cars in the world, making it not only the fastest hypercar in the world, but also the most exclusive. It has the incredible maximum speed of 290 mph and an amazing accelerated speed from 0 to 200. Equipped with a twin- turbo charge V8 engine, this car can handle its speed due to inter cooler upgrades that include: a single-clutch shift system, GPS based traction, and a stability system to ensure you can safely harness the power. The jaw dropping design has a whopping price tag of $1.1 million. 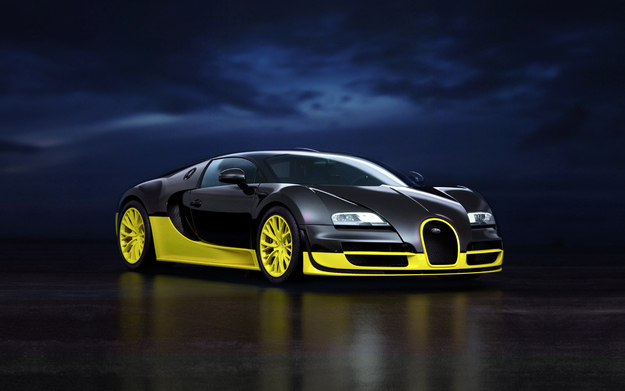 The Bugatti Veyron Super Sport is the most powerful and fastest supercar on the market today. It has held the Guinness Book of World Record’s title of being the fasted supercar in the world. The quad-turbo 8 liter engine can reach speeds of 253 mph. But what makes it stand out the most on the list is the power to go from 0 to 60 in only 2.4 seconds, making it the fast car yet. It is listed at $1.5 million.

Q: What is horse power?

Horsepower is how the power of an engine is measured. It’s measured by units which is  the power equal to 550 foot-pound per second. Larger engines produce more horsepower because it burns more fuel.

Q: Are fast cars worth it?

A: If your looking into getting an everyday car, don’t look into getting a high end fast car. Gear more towards a sports car thats within your budget. This will give you the pleasure of a still having a fast car. Otherwise, if you have the money and looking for a nice fast car to take out every once in a while you can find plenty of amazing fast cars on the market.

Q: What is a good engine?

A: What makes a good engine is the power to weight ratio. The heavier the car the greater the power required to increase vehicle speed and acceleration.

Q: What makes a car fast?

A: The engine, blowers, tires, weight and many other technologies are what makes a car fast. A more powerful engine produces more horsepower. The blowers are also known as turbocharge and superchargers. These pushes more air into the engine, resulting in more of a powerful combustion. Tires play an important role because they can push the car forward. A narrower tire provides better turning accuracy. The lighter the car the faster the car is travel. Cars are now made of aluminum alloy and carbon fiber to produce a strong, light body panel. Theres many of other technologies that can help with a cars speed. Such as electronic fuel injection, computer controls, fuel injectors and much much more.

Q: Why are fast cars expensive?

A: Fast cars are typically the most expensive due to their limited production volume. These cars are made with superior quality parts making them have more expensive materials.