Nature is simply amazing and it never ceases to amaze us, including lakes. Lakes are some of the most beautiful and natural water formations on earth. While some of these formations are made by human hands, others are entirely shaped by nature. If you are passionate about bodies of water like ponds, seas, rivers, or lakes and you want to visit the most beautiful ones, then you will surely like the photos below. These are our top ten most beautiful and natural lakes in the world, listed in no specific order.

This lake is a truly astounding beauty to behold.

This lake is said to have been created naturally from glaciers melting high up in the picturesque Alps. People gather in and around this lake on a daily basis to take in its natural loveliness and and enjoy the impeccable water quality. Widely considered one of the world’s cleanest land-locked lakes, this gorgeous location is roughly 27.4 square kilometers in size and serves as a hotspot for all manner of leisurely lake-lovers’ activities. Boating, fishing, swimming and sailing are all valid options for visitors to enjoy in this lake’s crystal clear water.

10. The Plitvice Lakes in Croatia 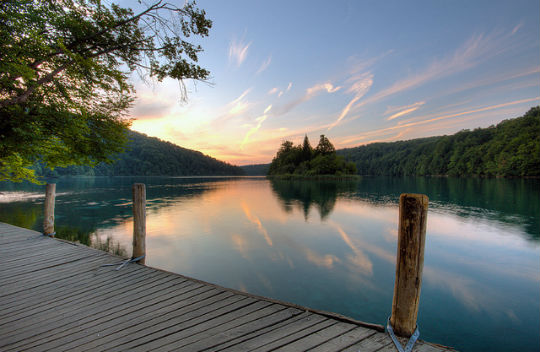 The Plitvice Lakes are certainly among the top-rated tourist attractions in the country of Croatia. However, this is actually a formation of smaller lakes rather than one big lake. The formation is connected to a breath-taking waterfall that will surely draw your attention. The Plitvice Lakes are so beautiful that they have been voted as part of the UNESCO World Heritage. If you love lakes and you want to make a world tour of the most appreciated ones or you are a professional photographer and you want to make the best out of what nature has to offer, then you should definitely put the Plitvice Lakes on your list of places to visit.

9. The Yucatan Lake in Mexico 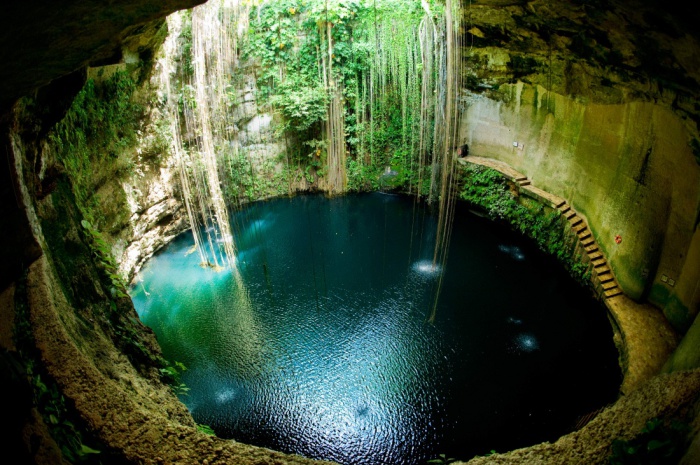 This is certainly a one-of-a-kind lake from many points of view. While it is true that there are numerous other beautiful cave lakes like Yucatan scattered all over the world, this one stands out from the rest due to its beauty. Did you know that this lake is a million years old and the cave that surrounds it is made entirely of limestone? There are countless legends and myths that surround this entire area, which gives it a mysterious feel that makes the Yucatan Lake such a popular destination these days.

8. The Baikal Lake in Russia

The Baikal Lake in Russia is known as one of the oldest and the biggest freshwater lakes in the entire world. Nothing compares to its beauty during the cold summer months when it freezes and then it slowly starts to thaw. This is a natural wonder that is ten times older than the Yucatan Lake, and it is certainly worth your time.

7. The Reed Flute Lake in China 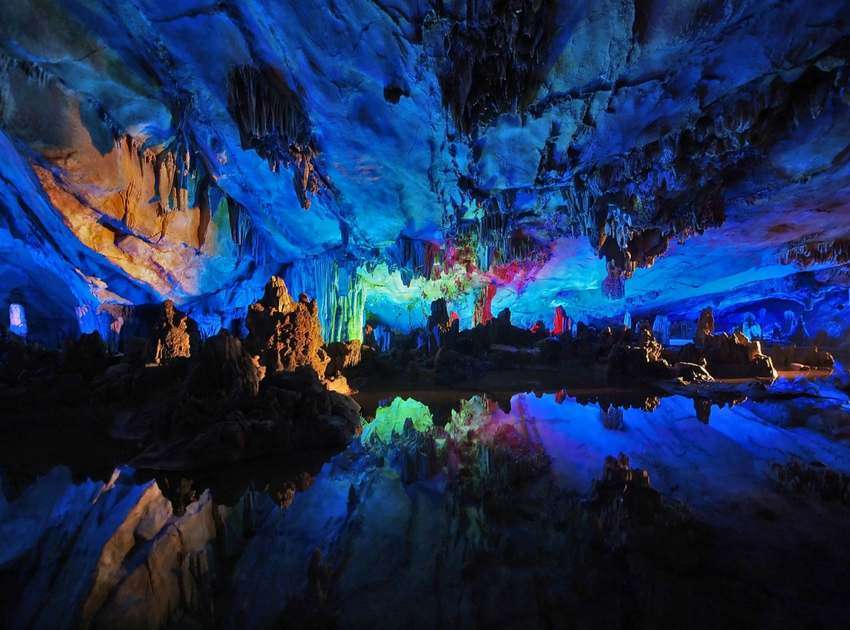 China is known for both its natural and man-made tourist attractions, but when it comes to all-natural beauties, the Reed Flute Lake is undoubtedly one of the most beautiful ones. The name of the lake comes from the beautiful reed that surrounds this natural wonder.

6. The Peyto Lake in Canada 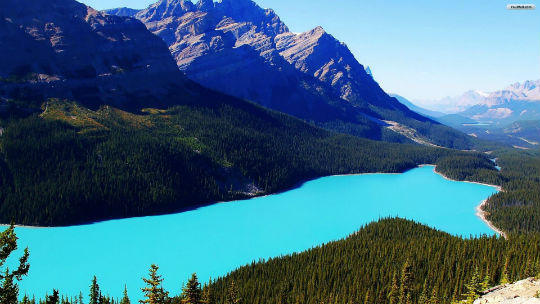 The Peyto Lake is popular all around the world not only for its beauty, but also for its unique colors that gradually change according to season. Just like the above-mentioned Plitvice Lakes in Croatia, the Peyto Lake is another popular destination, especially among professional photographers who want to shoot breath-taking, unique photos. If you are in Canada and you are anywhere near Alberta, make sure to visit the Peyto Lake! Because believe us when we say that you will not regret it!

5. The Pink Lake in Australia

Just like the name suggests, this particular lake is actually pink, due to a unique combination of chemicals found in the water and some bacteria, which apparently turns the water pink when they react. This is a salt lake located in the Western side of Australia, and its bizarre yet appealing color attracts tens of thousands of curious tourists from all around the world.

4. The Malawi Lake in Africa 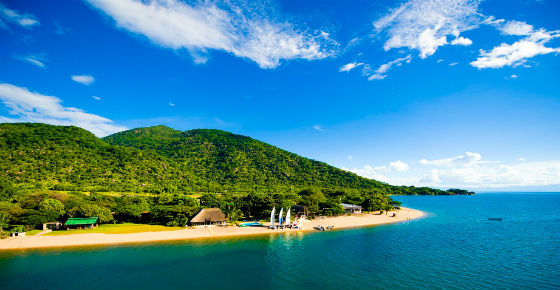 This lake became a natural reservation not too long ago, and it is considered one of the largest, deepest, and most beautiful lakes in the entirety of Africa. As statistics reveal, the Malawi Lake is actually situated in ninth place in the top 10 largest lakes in the world. What makes this lake unique is not only its outstanding appearance, but also the fact that it is the home of many different species of fish, which explains why the lake is protected and cherished.

3. The Melissani Lake in Greece 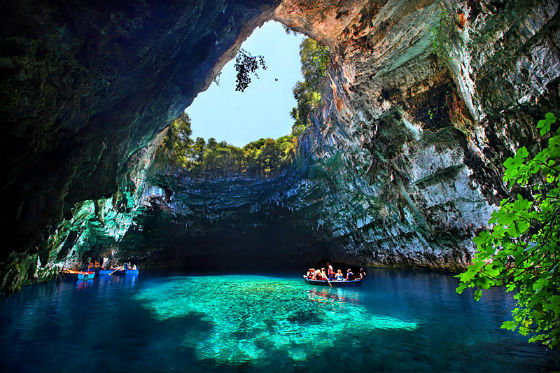 Greece is undoubtedly one of the most beautiful countries in the entire world, given its outstanding tourist destinations, crystal clear waters, and the numerous sandy beaches. However, there is another aspect that makes Greece popular nowadays, and that is the Melissani Lake. In a nutshell, this is basically a cave lake that is located in Kefalonia, and it is entirely surrounded by caves and forests. It is like a lost paradise located right in the middle of the nature. Although many tourists are attracted to this lake, it is incredibly peaceful and beautiful when canoeing there.

2. The Tekapo Lake in New Zealand

Measuring no less than thirty two square miles, the Tekapo Lake is one of the biggest and most visited lakes in New Zealand. It is located approximately 2,300 feet above the sea level and is famous for its beauty and for the numerous resort hotels that surround it.

1. The Lake Tahoe in the United States 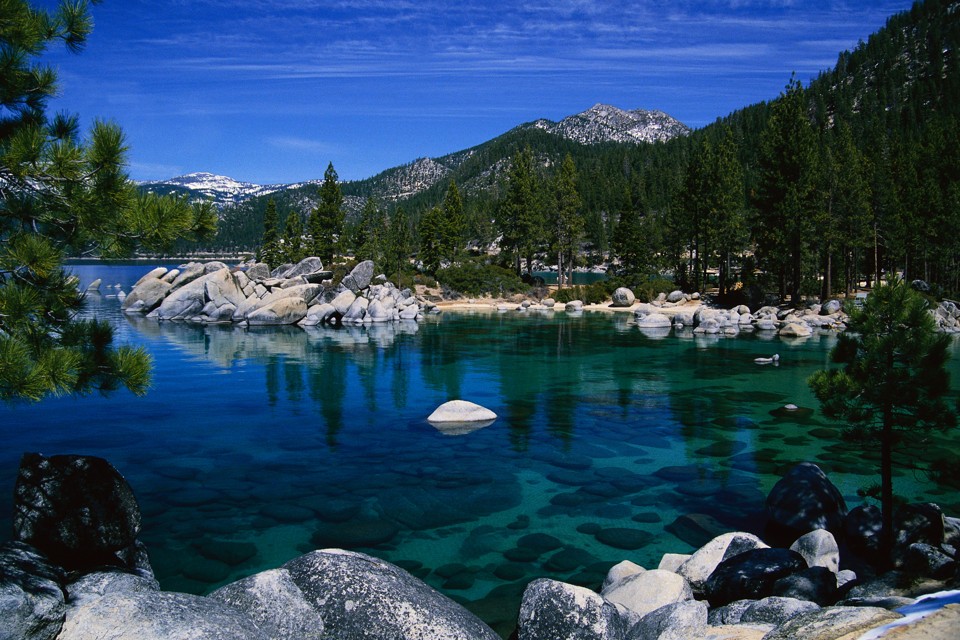 Located in the Sierra Nevada region of the United States, Lake Tahoe is one of the largest freshwater lakes in the world, along with the Lake Baikal from Russia. This is an outstanding alpine lake that is known as one of the most appreciated attraction spots in California/Nevada and as numerous historians suggest, it was formed during the ice ages. The purity of the water combined with the interesting location of the lake (this is an alpine lake that is surrounded by high mountains on all sides) certainly adds to its overall beauty. Besides the outstanding lake itself, there are numerous other recreational opportunities, resorts for skiing, as well as a wealth of other interesting tourist attractions that those who are passionate about winter sports can choose from.