You are bound to be in awe of the unique features and astounding colors that these 10 rare birds exhibit. With their striking beauty and enchanting tweets, it is impossible not to be drawn to these fascinating winged creatures.

These birds of a feather make the most amazing flocks in the world. In this list, we have embarked on a venture to find the most beautiful birds on earth. Where beauty isn’t feather deep, this is what we are looking for. We have chosen the fairest fouls on their color, contrast, and displays of their pretty bloom. Some birds have many incredible attributes, like speed and dexterity, but few have a beautiful song that resonates through the forest for miles, adding a unique touch of class to the creatures.

Below are listed the top 10 most beautiful birds in the world. Nonetheless, there are so many more that deserve their own entry here. This list doesn’t follow any specific order as their beauty is hard to compare! 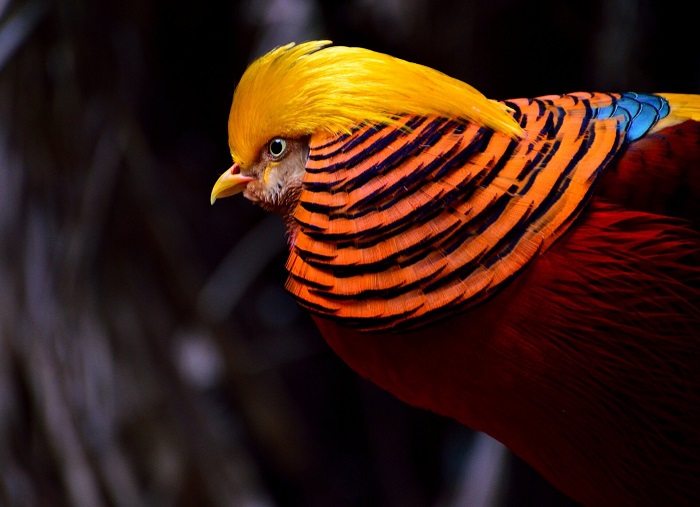 The Chinese Pheasant is renowned for its golden color that adds to the spectacular charm of this bird species. These game birds are native to China’s west coast, but they are also bred in the UK. When the male wants to attract a mate, he spreads his cape to create an enchanting display. Their cape is of a deep orange shade that covers almost everything except their brilliant yellow eyes. 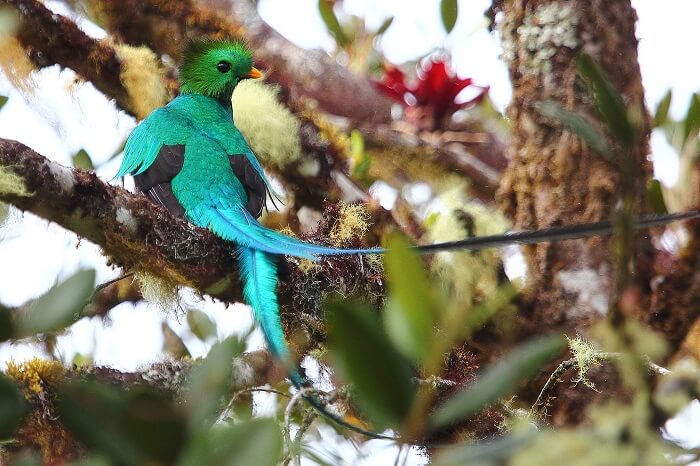 Found in Central America, the Quetzal dwells in the tropical forests and mountains of this region. Their sharp contrast of colors, as well as personal charm, positioned them in top 10 most beautiful birds in the world.

They feed on lizards, insects, fruit, and several other small creatures in the wild. Unfortunately, this bird species is endangered in some countries, like Guatemala. It is a shame that this bird has fewer chances of survival than other beings.Their beautiful red body and puffy feathers on the top of their head give it the most pristine look. 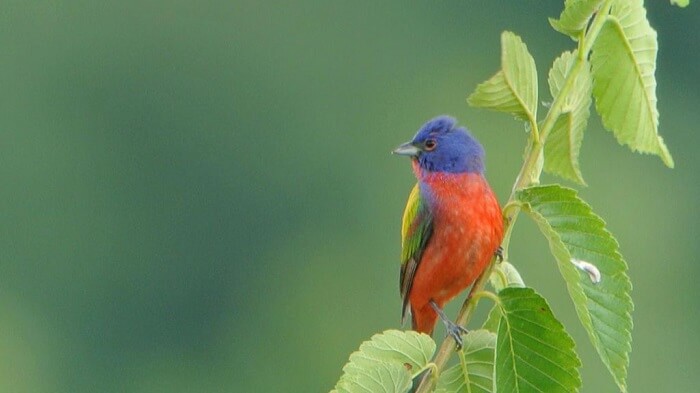 The Painted Bunting pertains to the Cardinal family and resides in North America. Its dark blue head that leads to a green back makes it stick out from other cardinals, as well as other birds.

You can find these beautiful birds in woody terrain as well as areas with lots of brush. While they are not endangered, they are still threatened. Therefore, it is illegal today to keep this bird in a cage, which is understandable because this gorgeous bird should not be held back from its natural habitat.

4. The Bali Bird of Paradise 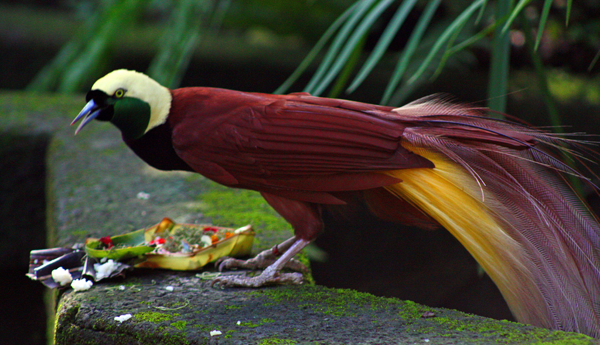 A vast majority of bird species in the Birds of Paradise family are located in New Guinea as well as its satellites. However, there are a few remaining species on the eastern coast of Australia and Moluccas. It is common to see these birds only on film since they usually dwell in dense and inaccessible rainforest habitats. Its long body and striking red colors make the Bali Bird of Paradise one of top 10 most beautiful birds in the world. 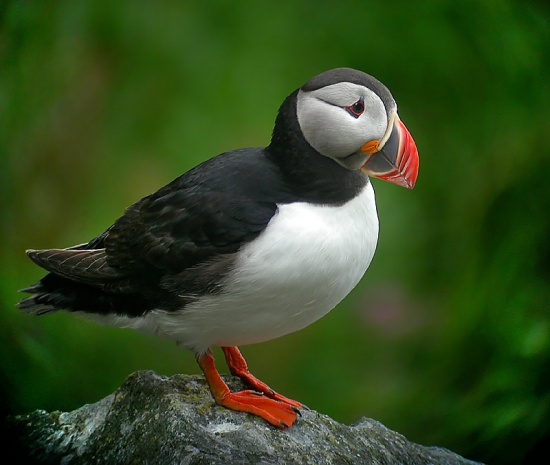 This is a type of pelagic bird that typically feeds on fish and other marine creatures such as crustaceans and squid. The most striking feature of the Atlantic Puffin during its breeding season is the brilliantly-colored bill. With the bird’s curious appearance, piebald plumage and large colorful bill, some people call the puffin as the “clown of the ocean.” All in all, their peculiarity is what got them into the top 10 most beautiful birds in the world.

6. The Blue Bird of Paradise 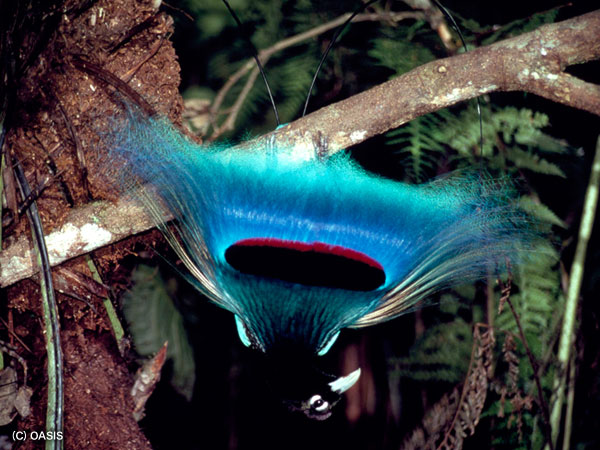 The Blue Bird of Paradise is classified in the bird of paradise family. This gorgeous winged creature is listed as “vulnerable” on the IUCN Red List of Threatened Species. They continue to be threatened due to their loss of habitat and their already small population.

This striking bird currently lives in the area of Papa New Guinea. The male is recognized by their violet plumes, which they stretch out in a fan shape when trying to woo a female bird. 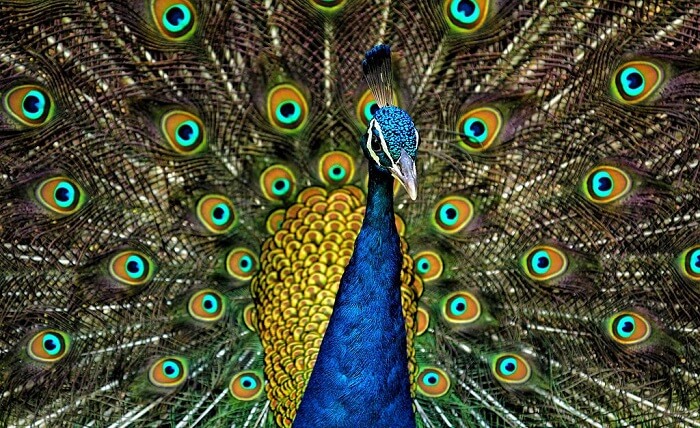 Peacocks (peafowls) originated in India and are known for their stunning colors on their tails, usually being green and blue. The tail feathers of these birds spread out like a fan, which makes up 60% of its body’s total length. Its ends also have that unique, colorful eye design markings of red, gold, and blue, among other colors. The train is typically used in courtship displays and mating rituals. The peacock must be the most popular member of the top 10 most beautiful birds in the world. 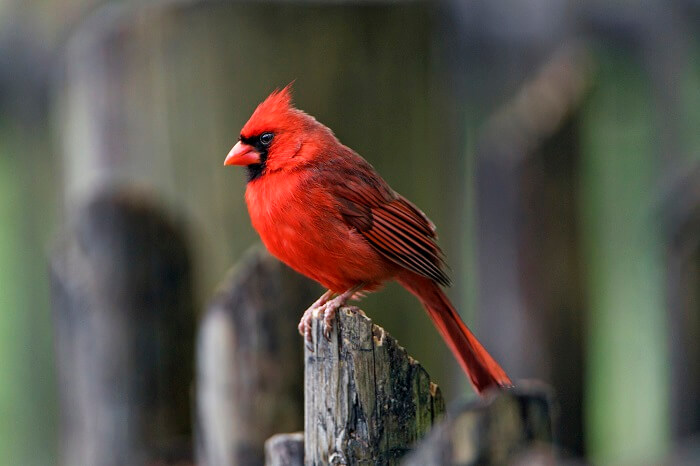 Most people are drawn to the Northern Cardinal’s fiery red feathers that simply captivates any spectators’ attention. Females, on the other hand, have a mediocre brown body. Nonetheless, it is common for the males to display warm red accents and a sharp crest. Since cardinals barely molt into a dull color during winter, they still appear breathtaking in the somber surroundings during cold months. 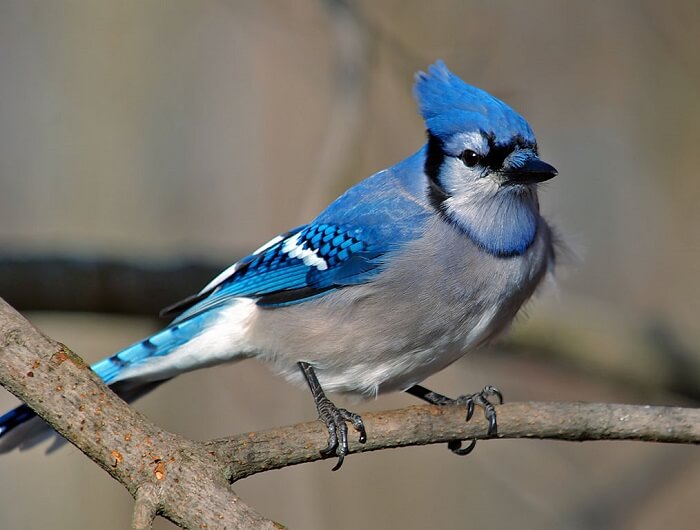 Blue Jays are primarily found in North America. They are called Blue Jays for they tend to be very loud, noisy, and have some aggressive tendencies. Their beauty lies in their varying blue colors and white belly. 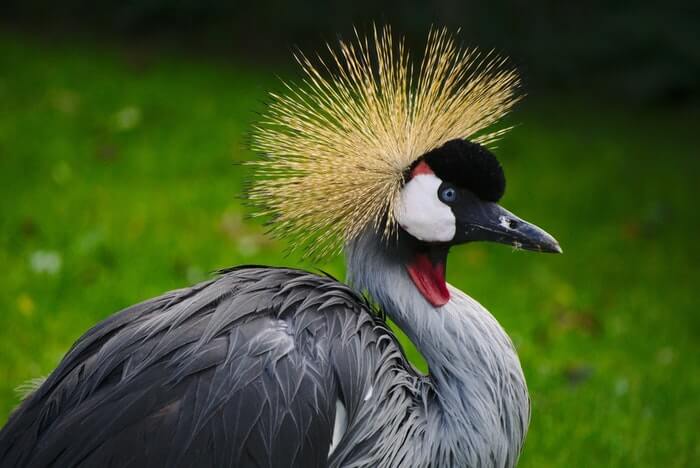 The African Crowned Crane is one of the most charming birds in the African Savannah, which is it the southern part of the Sahara desert. However, the bird prefers to nest in wetter habitats to keep themselves cool and comfortable. These birds may also be found flying around the lakes, and some flat lands near rivers.

It is also important to note that this bird does not migrate. Therefore, they usually stay where they are. With the outstanding and attractive features of this bird, including its fan-shaped poof on its head, it is no wonder why people are drawn to them.

It is refreshing at times to take a moment to breathe in and appreciate the wonders of nature. The top 10 most beautiful birds in the world summon the simplicity of life in a spectacular display of strong colors. We’d love to hear your opinions on how you find these fine, delicate creatures!