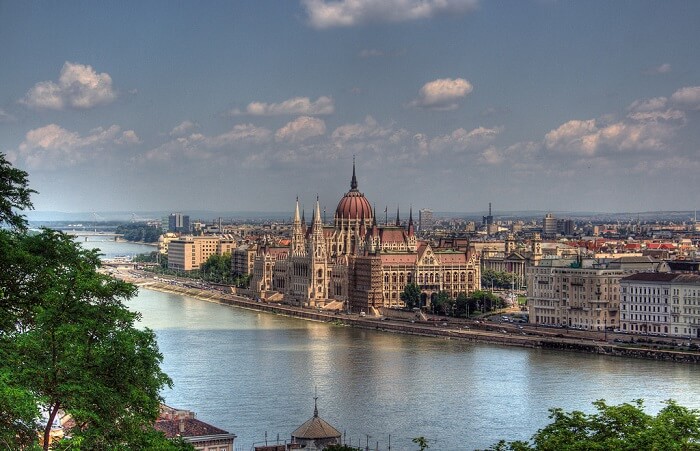 In order to truly get to know Hungary’s capital city of Budapest, it is important first to realize it’s actually made up of three different cities. Obuda and Buda are on the west bank, and Pest is on the east bank of the Danube.

Another interesting fact is that the majority of the city of Budapest has been granted World Heritage Site status. As a result, many travelers consider the city a top destination in Europe because there is literally so much to see and enjoy.

There are a number of different things for visitors to do, from thermal spas, the opera house, to museums. Here are the top 9 things to do in Budapest to truly get to know the city.

Top 9 Things To Do In Budapest

When you are looking for things to do in Budapest that are out of the ordinary, grab your bathing suit and hit the Gellert Baths. Considered to be the grandest of all spas in Budapest, it includes a large open pool. This one transforms into a wave pool, effervescent swimming pool, plunge pools, and a Finnish sauna.

For an extra fee, spa treatments and massages are available. Originally constructed around 1912, the spa was recently renovated in 2008. Consequently, those baths were brought back to their former glory.

For the active type looking for things to do in Budapest, a visit to Margaret Island is in order. Sitting in the middle of the Danube, Margaret Island is an outdoor paradise.In addition to a rubber-coated running path that encircles the entire island, visitors can rent golf carts, pedal cars, and other types of self-powered vehicles, to explore every inch of the island.

The most famous feature on the Margaret Island is the music fountain. This construction periodically dances to a variety of classic pieces throughout the day.

Originally opened in 1884, the Hungarian State Opera House has 1,200 seats. The establishment has been long considered to be the best place in the world to hear operatic performances.

The exterior of the building offers the view to statues of famous composers. Performances occur periodically throughout the year.If there are no shows during your visit, the Opera House still has guided tours during the day. However, you should organize a little bit this visit and book it in advance.

Just on the outskirts of Budapest, you will discover the Ecseri Flea Market. Here is where you can find plenty of bargains and souvenirs to bring home.

Even if you are not in the market to buy anything, the culture and heritage of Budapest will certainly be on display as you get up close and personal with all the characters that make this city unique.On sale at the flea market are everything from memorabilia to retro clothing, and everything in between. If you are not a local and haven’t mastered the art of haggling, you will be paying more

Of all the things to do in Budapest, a stop at the Parliament Building must be on your list. Designed in the Gothic Revival style, it is considered to be one of the largest buildings in the city. The building houses hundreds of parliamentary offices. You can have the best view from the opposite side of the Danube.Daily tours are available through parts of the Parliament Building. The good news is that it will run in a number of different languages. Identification is mandatory to enter the building. Moreover, expect that your possessions will be thoroughly searched before entry.

The Buda Castle Hill Funicular was first opened in 1870. It is the second oldest hill railway in the world. A unique system of different weights and counterweights raises the carriages to the top of the hill and back. The funicular offers panoramic views of the Danube. It is the fastest way to the top of Castle Hill.

Since 1988, the speed of the climb to the top of Castle Hill has slowed down. This gives the passengers more time to enjoy the view. Open until 10 p.m., taking a ride at night will be a whole new experience while seeing Pest under the lights.

On top of Gellert Hill is the Liberty Statue. This is one of only a handful of Communist statues that remained after the transition to democracy.

Overlooking the city, the Liberty Statue was erected in 1947 as a way to commemorate all the Soviet soldiers that died liberating their country. The are no other views of the city below like that from the base of the Liberty Statue.

Read more: Top 10 Best Islands in the Caribbean for a Golden Vacation

Sitting on top of Gellert Hill is the Citadel, constructed after the Hungarian War of Independence. This is one of those unique things to do in Budapest. That’s because the Citadel was first constructed to house troops in this strategic position.However, today it is a restaurant, museum, and hotel. There were troops still stationed in the Citadel up until 1897.

One of the things to do in Budapest that will give travelers the chance to explore the ancient history of Hungary is to visit the Aquincum Museum. This spot served as an important military base during the rule of the Roman Empire.Visitors today still have the unique opportunity to walk among those ancient ruins, including the bathhouse and the gladiatorial amphitheater. Once inside the museum and ruin garden, guests will marvel at the different ancient

Roman relics that are on display. The museum also houses a working replica of the famous water organ that was found buried in this area back in 1931.

Although we have only covered 9 of the best things to do in Budapest, this is only a small sampling of the incredible sights to see in this region of the country.

If you’ve visited an area of the city you feel should have made the list, share your comments so our readers can consider it when they are planning to visit the city.